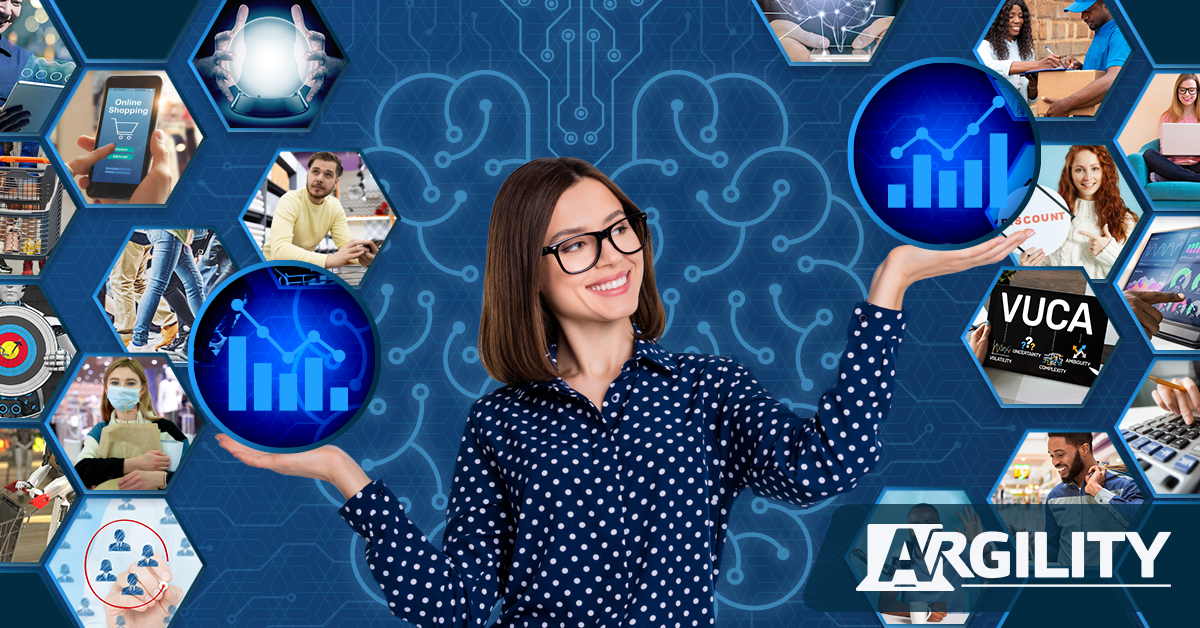 Using data to discover the future of retail

As business digitalisation continues apace, more and more data is being generated. Retailers need to understand its value and how to leverage it.

Digitalisation has been growing for many years, and the social and business changes driven by the global response to the COVID-19 pandemic have accelerated it.

Hybrid working models that involve increased working from home get a lot of the limelight, but equally significant has been the definitive growth in online retail.

For example, e-commerce in the US increased from $431.6 billion in 2020 to $469.2 billion in 2021, with shopping habits looking like they have permanently changed to include a growing online proportion.

The move towards digitalisation across all industries has resulted in record levels of IT spend. Gartner forecasts that worldwide IT spending will jump by 5.5%, its biggest increase in more than a decade, to reach $4.5 trillion in 2022.

Unsurprisingly, given that data is the major by-product of digitalisation, a hefty proportion of that spending is going on big data and business analytics. Investment was projected to reach $215.7 billion at the end of 2021, with a compound annual growth of 12.8% until 2025.

These are all big numbers but, as always, much of that spend does not necessarily result in bottom-line benefits. There’s a lot of focus on collecting data but turning it into insights that generate business benefits is rather more hit and miss.

Effecting that transformation requires not only a profound understanding of the technology involved but, even more critically, how the particular industry sector works.

It seems as though we’ve been talking about data warehouses and business intelligence forever, and business is littered with projects that never really lived up to expectations.

What’s changed is the emergence of new technologies that make it possible not only to collect and store vast amounts of data, but also to process it to extract valuable information.

Thus far, predictive analytics is not a crystal ball, but if one believes half the hype one reads, that could happen in the distant future.

Perhaps the most important of these is the cloud itself, because it provides a way for companies to access the plentiful and cost-effective storage they need to deposit huge and increasing amounts of data, and also the sheer computing power needed to process and analyse it − think artificial intelligence (AI) and machine learning (ML), both used to turn data into information.

As always, though, technology is only part of the story − and not necessarily even the most important part. The real point is that the cloud’s resources make it possible to mine data for patterns, deploy sophisticated statistical models and create models on which to base decisions.

In short, the real story is data and what it can be used to do. There are basically three ways in which data can be used, namely: to describe, to diagnose and to predict. The first two are backward looking: using data to establish what happened (descriptive), and then to understand why it happened (diagnostic). Both are obviously very valuable and can be used profitably to improve future performance.

However, the real benefits come when one starts to be able to use data to look to the future − what is usually called predictive analytics. It uses AI, ML, data modelling and the rest of them to analyse current data and make predictions about the future.

Of course, one has to understand this approach is predicated on the assumption that the future derives from the past, and thus that the past contains the seeds of the future.

Predictive analytics thus becomes less useful when change is highly disruptive, and also the further into the future one goes. The further forward in time one goes, the greater the tendency to regress to the mean, to become more and more generalised.

Thus far, predictive analytics is not a crystal ball, but if one believes half the hype one reads, that could happen in the distant future.

But it does offer an evidence-based − or data-driven, to quote the industry jargon − way to identify how the near future is likely to unfold, and what actions a specific business should be taking to defend its current position, or to take advantage of new opportunities.

This is an extremely valuable strategic tool given the growing complexity of the business environment, and the intense competition fuelled by the globalisation of markets and a volatile economic environment.

All of these combine to create what is known as a VUCA world − one that is volatile, uncertain, complex and ambiguous − and so the company that is able to develop a likely-to-succeed strategy based on evidence rather than intuition is already better positioned than competitors.

In certain environments, organisations have experienced that business intelligence delivers a return on investment of 80%, which just goes to show the importance of data-driven decision-making − but the return can shoot up to 250% when predictive analytics is used.

The reason for this startling increase is that decisions are taken based on the rigorous analysis of fact and not on intuition.

The frustration for CFOs when considering the investment in AI and ML is that actual guarantees on ROI is not set in stone, the statistics come from passageway talk about successful projects. But there is no doubt the success is there and that the benefits abound.

Retail is a particularly VUCA sector because it straddles both the real and digital worlds, and consumers are growing ever-more demanding. For them, as I will explore in my next article, predictive analytics is especially attractive.

Long has 30 years of industry experience. Her career in the IT sector started in 1988 in IT support for point-of-sale solutions. She moved formally into software development with UCS/Argility in 1989 as a developer and progressed through to team leader, account management, project and development management roles, which led her into various industries and corporations.

In 2017, Long returned to Argility (having previously worked at the company in a technical capacity) as human capital executive, where she reunited her retail, IT, leadership and HR knowledge to drive her zeal for transformation.

In her capacity as COO, Long is responsible for overseeing operations, with a specific focus on human capital, sales and marketing, and ensuring the company culture and vision shows up daily for customers through an engaged technical team of experts.