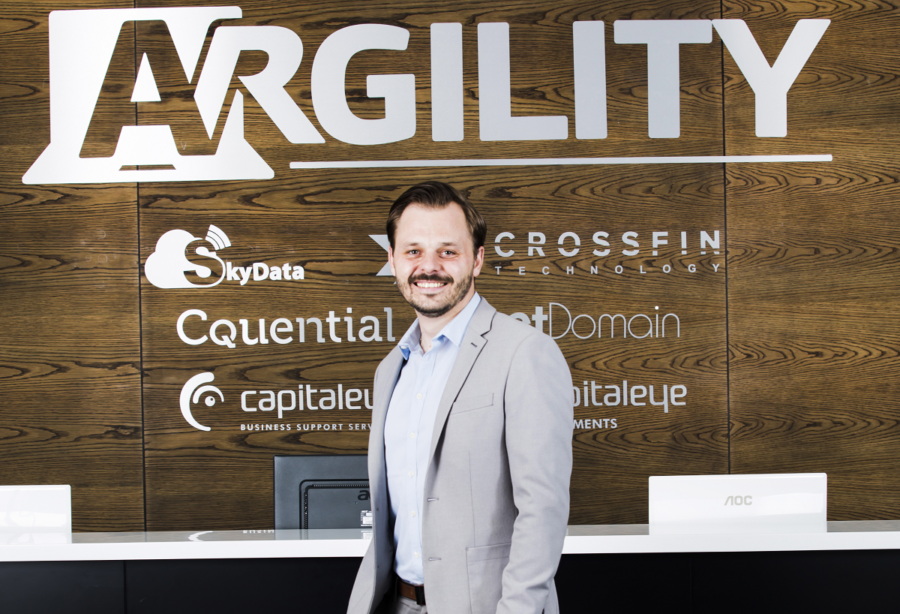 Artificial intelligence is a big game-changer

A deeper look at where artificial intelligence is set to go, as it disrupts business strategies and economies around the globe.

By Marko Salic, CEO of the Argility Technology Group

There is a significant amount of both circumspection and excitement surrounding artificial intelligence (AI). However, despite the fact that it already touches almost every aspect of our lives, it is in many ways still in its infancy.

A PwC study notes AI can transform the productivity and GDP potential of the global economy, with the proviso that strategic investment in different types of AI technology is needed to make that happen.

The report says labour productivity improvements will drive initial GDP gains as firms seek to ‘augment’ the productivity of their labour force with AI technologies and automate certain tasks and roles.

PwC research also shows that 45% of total economic gains by 2030 will come from product enhancements, stimulating consumer demand. This is because AI will drive greater product variety, with increased personalisation, attractiveness and affordability over time.

The research firm predicts the greatest economic gains from AI will be in China (26% boost to GDP in 2030) and North America (14.5% boost), equivalent to a total of $10.7 trillion and accounting for almost 70% of the global economic impact.

McKinsey estimates AI may deliver an additional economic output of around $13 trillion by 2030, increasing global GDP by about 1.2% annually, and notes this will mainly come from substitution of labour by automation and increased innovation of products and services.

From a macro-economic perspective, there are opportunities for emerging markets, like South Africa, to leapfrog more developed counterparts.

I think a figure like $15.7 trillion is enough to get any business leader’s chair into the upright position and paying attention to what AI can do. The PwC study shows exactly just how big a game-changer AI is likely to be, saying “just how much value potential is up for grabs”.

PwC reports that AI could contribute up to $15.7 trillion to the global economy in 2030 – that’s more than the current output of China and India combined. Of this, $6.6 trillion is predicted to be likely to come from increased productivity and $9.1 trillion likely to come from consumption side effects.

It will always be the case that some economies, markets, sectors and individual businesses are more advanced than others; however, as I mentioned at the outset, AI is still at a very early stage of development overall.

From a macro-economic perspective, there are, therefore, opportunities for emerging markets, like South Africa, to leapfrog more developed counterparts. The PwC study endorses this supposition. It is quite possible that within any business sector, today’s start-ups, or a business that hasn’t even been founded yet, could be the market leader in 10 years’ time due to its utilisation of AI.

What exactly is AI?

Definitions abound on the internet; for example AI is defined as the ability of a digital computer or computer-controlled robot to perform tasks commonly associated with intelligent beings.

I like PwC’s broad definition, which is that AI is a collective term for computer systems that can sense their environment, think, learn and act in response to what they’re sensing and their objectives.

The different forms of AI in use today include digital assistants, chatbots and machine learning. According to Gartner, during the pandemic AI came into its own with chatbots answering the flood of pandemic-related questions, computer vision helped maintain social distancing and machine learning models were indispensable for modelling the effects of reopening economies. All of this would indicate that AI is beginning to deliver on its promise.

Gartner’s 2020 Hype Cycle for AI revealed that despite the global impact of COVID-19, 47% of AI investments were unchanged since the start of the pandemic and 30% of organisations planned to increase such investments.

It added that only 16% had temporarily suspended AI investments, and just 7% had decreased them. This shows that businesses around the world have AI front and centre of their growth strategies.

However, the pièce de resistance aspect of AI − that Hollywood has used to scare us all over the years − is autonomous intelligence, which is the automation of decision-making processes without human intervention. This latter aspect is mind-blowing for many business execs as they consider the fact that as humans and machines collaborate more closely, and AI innovations come out of the research lab and into the mainstream, the transformational possibilities are limitless.

The reality is, most applications of AI in this day and age fall under the umbrella of narrow AI where the focus is on being extremely effective at one task or problem; for example, a chabot.

General AI is still a relatively theoretical concept and describes AI applications that can solve multiple problems across multiple domains, in an autonomous manner.

However, the sheer depth of potential and opportunities opened by AI are also driving many questions from business leaders as they try to capitalise on it. PwC says C-suite executives are seeking to know what impact AI will have on their companies and worrying if their digital commercial model will be threatened by AI disruption.

Where should they target investment, and what kind of capabilities would enable them to perform better are also common concerns. There is so much to consider, especially how to get AI into the fabric of the business.

I will unpack this last question in my second article in this series on AI and discuss how to go about merging it into the business in a manner that inspires the confidence of customers and all stakeholders.

Marko Salic is CEO of the Argility Technology Group, a software development group with a history that spans almost four decades, predominantly in the retail and supply chain sectors.

Salic has over 20 years’ industry experience, stemming from software development and architecture through to business development, management and strategy. He spent 15 of those years at Argility creating some of the company’s most innovative solutions and products.

His passion lies in the focus on new technologies and next-generation innovative solutions that will take various cross-industry players to the next level. Coming from a strong technical background, Salic’s expertise lies in understanding the challenges modern businesses face and the best way to solve them by applying modern technology and innovation.

In his leadership of Argility, he is shaping next-level client solutions that will address the need for businesses to digitally transform and provide a hyper-personalised omni-channel customer experience to manage digital disruption and stay relevant.